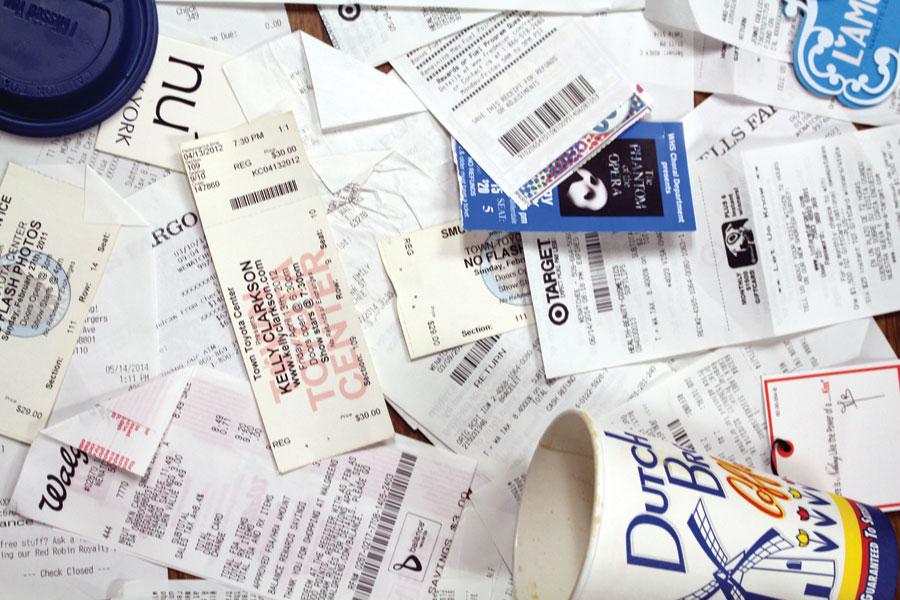 A breakdown of what it costs to be a Wenatchee teen

As the classroom sits in silence, junior Stephanie Hobson slowly opens the creaking door 10 minutes late to her first class of the day. All eyes fall on her incriminating blended Rebel as she quickly takes her seat.

”Everyone knows why you’re late, because you’re carrying a drink right there in your hand,” Hobson said.

Teenagers are the only age group to spend one of the largest portions of their income, 21 percent, on food, and with alluring hangouts like Dutch Bros., Applebee’s, and Denny’s packed with lurking teenagers on Friday nights, it’s no mystery as to why.

For the most part, our teen customers enjoy Happy Hour specials, especially our boneless chicken wings and our chicken salads.”

Before school, during lunch, and after school, the line of cars at Dutch Bros. seems never-ending. Hobson estimates she goes to Dutch Bros. at least four times a week, spending a weekly average of $20 to $25.

“It’s not a necessity, but I crave it,” Hobson said.

Aside from Dutch Bros., teenagers love to get together and eat, and after the exciting Friday night lights, restaurants around town are busy serving rowdy, purple-clad high schoolers.

“After 9 p.m. on, we’re really only serving teen,” Applebee’s manager Ramon Garibay said. “When you’re in your teens, you bring life to a restaurant.”

”For the most part, our teen customers enjoy Happy Hour specials, especially our boneless chicken wings and our chicken salads,” Garibay said.

Denny’s has noticed this conservatism, or perhaps lack of funds, as well.

An estimated 25 to 35 percent of business at Denny’s is generated by teenagers, and Cannon estimates she serves 25 teenagers for every 100 customers. The infamous 2 a.m. Denny’s run has also not gone unnoticed among Denny’s staff.

“We try to keep tabs on what’s going on in the community, so we can be aware of when we’re going to get a rush of teenagers,” Cannon said. “Teenagers are all we serve in the evenings.”

Adults: 13.1 percent of their income on food at restaurants and on groceries combined

Teenagers: 21 percent of their income on food

From denim to big hair, poodle skirts to power suits, teenagers grabbed the reins of the fashion community in the 1950s and have been in the fast lane ever since, taking trends and style down new twists and turns. What fashion is dominating our decade? The answer is not too hard to find when you take a look around Wenatchee High School.

“I love yoga pants; they’re just so comfy,” freshman Payton Ivarsen said. “I have, like, probably five pairs of them that I actually wear. You can move around a lot easier in them.”

The fashion of the decade is called “Athleisure,” and teenagers are the number one group leading this trend, forking eight percent of their cash out for the latest pair of Nikes and other shoes. Twenty-one percent goes towards their wardrobe overall.

The fashion world has seen a shift from the top brand names of the previous decade, Aeropostale and Abercrombie & Fitch, to new brands promoting Athleisure, such as Nike, Lululemon, Under Armour, and The North Face.

Rue 21 employee and senior Deepika Verma has seen the popularity of the store increase, estimating 60 percent of the store’s customers are teenagers, especially girls.

“Girls like to choose expensive things, but when boys walk into a store they pick five shirts and maybe two pairs of pants and run out of there as quickly as possible,” sophomore Brianna Mozel said.

But while girls may pay close attention to the outfits they put together, boys have their vices as well, specifically in Nike outfits, color-coordinated from head to toe.

“Nike, for me, has a more appealing logo and is a brand that just looks better,” sophomore Joseph Reyna said.

Freshman Brayden Maldonado agrees, with “a little more than half” of his closet filled with Nike shoes, socks, and sweatshirts.

Although teenagers want the best brands, they are hungry for the best deals to avoid spending too much money.

“Our sale items and clearance section, that’s where people always go first, because no one wants to pay full price,” Verma said.

Adults: 3.2 percent of their income on clothing

Teenagers: 21 percent on clothing; 8 percent on shoes and other accessories

Leaving the Tech Center, senior Kaela Kapeikis shrugged off the burden from her shoulders. Walking toward her car in the bright sunlight, she had just finished taking the AP Calculus AB test, and her sense of optimism was about to deepen as she saw a large poster board inside her car, a clever prom-posal hidden by her soon-to-be prom date during the test.

“I thought he was going to ask me, but I was a little surprised,” Kapeikis said. “I didn’t think he’d do it at the AP test.”

So much of the lives of high schoolers are tied to WHS and the activities we do at school, whether that be applying for colleges, testing, or going to Homecoming, and almost all of it costs money out of pocket.

ASB secretary Tami Walters estimates the average student spends about $85 at the ASB office, paying off required fees, such as the cost of planners ($5), sports fees ($10 for every sport done), and PE uniforms ($12). Walters noted that those participating in sports and band have a steep cost to pay for participation.

“An active kid that’s part of five to six clubs can be spending well over $100,” Walters said. “But what you get back from it [clubs] makes up for the cost, so don’t be discouraged. Lots of clubs do different types of fundraisers to help with cost.”

Not to mention the other fees that run through the ASB office, including yearbooks starting at $49 and ending at $65, AP test fees at $89 dollars, Homecoming tickets at $12, and Prom tickets that vary year to year, and the PSAT fee for sophomores and juniors ($14).

Testing is also an integral part of the year for juniors and seniors. The ACT costs $54.50 to take once, and the SAT is set at the same price. For seniors and those looking forward to going to college, college applications fees start piling up as well.

“Kids that qualify for free or reduced lunch have a break on these tests. They can take the SAT and the ACT for nothing up to two times, which is a pretty nice benefit. They can also get admission fee waivers, too,” Career Center Specialist Colleen Parks said.

As tedious as these fees may seem, they are crucial to having — “These are largely processing fees, ” Parks said. “A lot goes into the process of applications with colleges, like essay reading,”

Adults: 1.3% of their income on education

Teenagers: Varies from school to school

One Response to “Broke before college”