It’s Saturday, Oct. 25. It’s dark, the lights are flashing, and the music is pumping. People dance in big clusters spread all around the gym-turned-dance floor. It’s the Homecoming dance at Wenatchee High School.

Homecoming is a tradition in basically every high school in the country. Another side to this tradition is that of alcohol abuse, and it’s widespread at Wenatchee High School, according to several sources.

An anonymous adult in the high school who has access to records, said, “Five or six years ago there were at least eight students found intoxicated during Homecoming.” The source went on to say, “[Abuse of alcohol] has been a major problem for a long time,” and it has involved groups of athletes, music students, and students in leadership positions.

The instances of student intoxication are no thing of the past. Another adult with access to official information, said after Homecoming this year they had a dozen students approach them to tell them about students being “wasted” at the dance.

This “serious problem,” as both anonymous adults described, has gone under the radar of the administration, according to multiple sources, one of whom added, “They [the administration] has had their heads in the sand.”

Principal Bob Celebrezze said, “I have not found WHS to be different from any other high school regarding drug or alcohol use. Some students chose to do that, but it’s nothing new. It’s been going on since before I was in high school.” 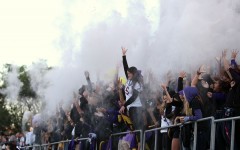 The loud, the proud, and the positive 'Panther Pit'

As for the head-in-the-sand allegation, he said: “At school dances and events we have administration and security there. We don’t bat 1,000, but we certainly don’t look the other way.”

Celebrezze cited the three arrests made at prom last year as evidence of the administration’s diligence.

“The last thing I want is for somebody to get killed or kill themselves from substance abuse,” Celebrezze concluded.

Student Assistance Specialist Amy McCubbin is in her seventh year at Wenatchee High School. She deals with student issues about drugs and alcohol. McCubbin has noticed trends in student alcohol abuse, and she thinks WHS has had a persistent and ongoing problem.

“Having done this job for so long, my perception differs from those who aren’t looking for it [student intoxication]. Wenatchee High School has a big marijuana problem, but alcohol is a much bigger deal at dances like Homecoming,” McCubbin said.

McCubbin said of her experience chaperoning Prom in 2014, “I knew there were kids that weren’t sober.” She said that students have attempted hiding intoxication by means of cologne, eye drops, and gum, but she said she can still tell if a student is under the influence because of her professional training.

McCubbin said students who are intoxicated on alcohol are easily identified by physical appearance, and behaviors such as, “stumbling, slurring words, and getting louder than normal.” She also said that some of the chaperones the school gets do not have adequate knowledge to spot intoxicated students and could use some training. 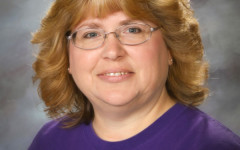 Having done this job for so long, my perception differs from those who aren’t looking for it [student intoxication]. Wenatchee High School has a big marijuana problem, but alcohol is a much bigger deal at dances like Homecoming”

An anonymous adult in the high school said there have been chaperones who openly support alcohol use by students.

The perceptions on the amount of students using varies. Sophomore Jaden Roy predicts roughly half of the people at the Homecoming dance to be on some mind altering substance. “The freshmen probably won’t so much, but I imagine a lot of seniors will,” she said.

Other students anticipate much lower numbers, like sophomore Andrew Carlson, who said, “I think about 20 to 30 percent will be intoxicated.”

With all the administration warnings against usage at school events, some students wish to avoid this, but others say the fun is worth the risk.

One anonymous student said, “It [alcohol] helps me get out of the norm and have more fun. I wouldn’t do the stupid stuff I’d do when on it. I talk to people I wouldn’t usually talk to.”

Despite the so-called positives of using at the dance, there are serious consequences upon being caught intoxicated or possessing. The anonymous student said, when asked about the possibility of being caught, “I’m not really paranoid. I just don’t worry about it.”

Security Officer Don Durden went over the procedure that takes place when students are caught. State law reads: “Law enforcement will be called upon for investigative and consultative assistance where illegal drug or alcohol activity has occurred.”

If they suspect drug or alcohol use or possession, then the authorities are called. School district policy, Durden said, calls for immediate emergency expulsion while the investigation is underway. Maximum expulsion can range from 10 days to a year, he said.

With the consequences heavy, the risk is always there.

From 2009 to 2014, drug and alcohol referrals, just from the security office at WHS, have varied, but alcohol-related referrals have actually gone down over the course of years, with a resurgence last year.

Durden said he believes the youth mimic adult culture. “What do adults do when they get together and celebrate? A lot drink.”

However serious the penalties, as long as there are eyedrops, gum, and Axe body spray, some high school students will always risk having a “good time.”

The Apple Leaf encourages readers to engage with stories on all platforms. When posting, please keep in mind that comments should be free of libelous statements, inappropriate language, information that is not factual or is a rumor, and information that is unrelated to the story. In order for a comment to be approved, the reader must provide their full name and direct email address. All comments are subject to approval by The Apple Leaf staff prior to posting. If a comment is not approved or is removed and you have questions, please contact us.
All The Apple Leaf Picks Reader Picks Sort: Newest