Community raises suicide awareness at “Be The Light” walk 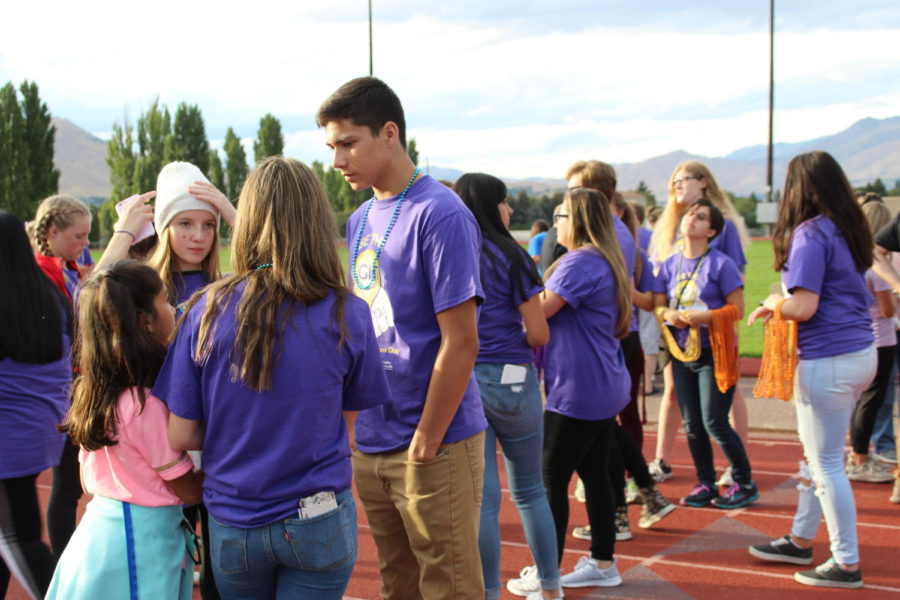 Community members and Wenatchee High School students alike donned colorful beads while walking laps at the track to raise awareness for suicide prevention at the fourth-annual Be the Light walk on Friday, Sept. 14.

First organized by former WHS teacher, Dave Riggs, the Be the Light walk has served as a chance for people to stand together for a difficult cause and as a place of support for those who have been impacted by suicide and depression for the past four years. The walk this year was hosted by WHS’s Interact Club, advised by French teacher Jon Magnus. Supporters gathered at Wenatchee High School’s track before the first home football game where they could pick up a free Be the Light tee shirt, check out booths from local sponsors and converse with fellow attendees while walking laps. The event began with some words from the president of Interact Club, Brittany Martinez, as well as a speech from Dr. Julie Rickard, a local suicide prevention advocate.

“The Be the Light walk is something so simple that I believe makes such a huge difference. Walking around the track each year, I have gotten the opportunity to meet new people and get to hear more about their life,” Martinez said.

The walk was wrapped up with the annual bead ceremony, where Interact Club members distributed colored necklaces each representing a different way suicide and depression have affected someone, such as losing a loved one or struggling personally.

In its fourth year, the event once again brought together people of all ages and backgrounds to show their support for a prevalent topic. Martinez hopes that Be the Light will inspire people to continue ‘being the light’ in the lives of others beyond the annual walk.