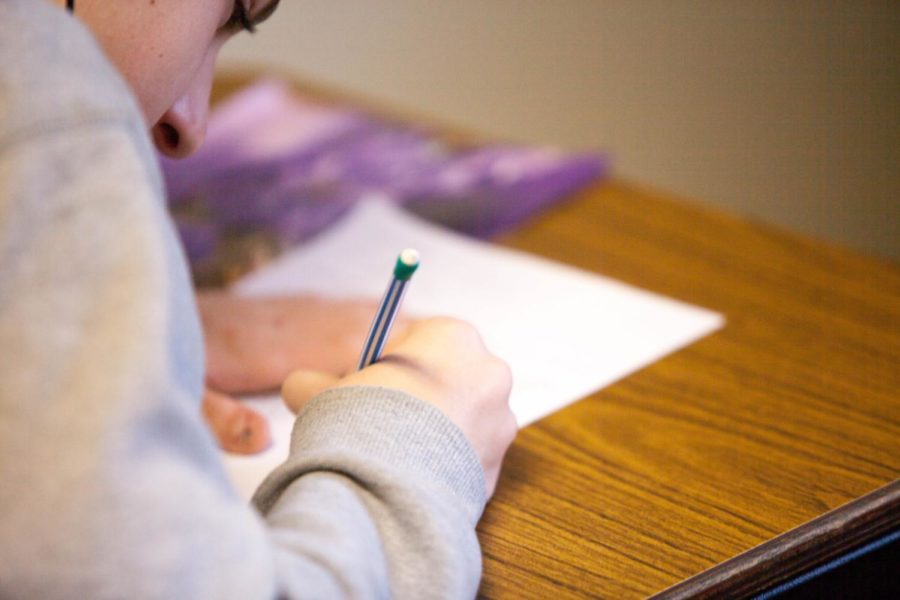 Behind the U.S. public school system lies an overarching organization. It permeates almost every level of school, from class curriculum to standardized testing. It earns around $200 million each year, with around $62 million in profit. Its executive board members make an average of $355,271 per year, and its former president made $1.3 million per year, 444% of the industry average. It is The College Board. The College Board is a massive organization that has ties to nearly every level of the public school system. It has garnered both praise and criticism from education researchers. Regardless of how it is perceived, it’s difficult to argue with the fact that this organization has fundamentally changed how the school system and entrance to college is run.

What is the College Board? In short, it’s an educational organization. When its actual holdings are broken down though, it becomes clear that it is much more than that. There are 22 trademarks registered under the College Board, many of which include Advanced Placement, or AP, SpringBoard and the various SAT tests. Language Arts courses at the middle school level across eight states are taught using College Board curriculum, SpringBoard, establishing the company early on in a student’s life. While this may seem like a generally insignificant amount of involvement in the school system, it’s in high schools where the College Board’s influence increases.

Now, according to the New York Times, over 2.3 million students a year take an AP test, with significant growth rates among African-American and Latino populations.

However, much of what the College Board has received criticism for is this expansion of AP, specifically to struggling school districts. The AP program is not designed to address systemic problems in low-income districts, such as reaching state standards in reading and math. Yet schools and students alike are required to pay for the material, both in the cost of the test and the AP training and materials provided by College Board. Nearly half of the College Board’s total revenue in 2016, $408 million, came from test fees and instructional material cost. According to the New York Times, federal and state governments have spent hundreds of millions of dollars on AP tests and training. As of 2016, 29 states subsidized AP exams, with 20 states offering financial incentives for high AP scores. All of these serve the College Board’s bottom line. The more students that take the test and the more classes that are offered, the more money they make. The number of 2 and 3 scores on AP tests have remained consistent over the years, but over the past 20 years, the number of 1’s on the test has risen of 12% to 19%. The number of failed tests has no effect on how much money the College Board makes though, as continually class offerings grow and tests continue to be taken.

The College Board also administers some of the most well-known standardized tests: the SAT. It is here where the College Board has yet another strong foothold in the education system. The SAT and all its related subject tests are owned by the College Board, many of which are required by certain universities. The Preliminary SAT, SAT prep books, even the free online tool Khan Academy is partnered with the College Board for SAT preparation. Added costs are everywhere. Just to see a description of which questions are missed, students have to pay an additional fee $18. Late registration fees, standby testing, registration changes and scores by telephone all require additional costs, ranging from $11 to $55. Similarly to AP, one of the major criticisms of the SAT is how it disproportionately affects groups of a lower income level. According to data from the College Board, test takers from families who make less than $20,000 a year score consistently lower than those from families who make over $200,000. Additionally, a study done by DOME Exam Prep shows a 40 point increase for each additional $20,000 in income.

The College Board is extensive. It’s all-encompassing. It provides a form of consistency and standardization within the American education system. But, it also has its determinants and critics. The influence it has over the education system has created a financial giant. Two questions remain: Does the scope of College Board disproportionately affect lower incomes, and is the system effective?